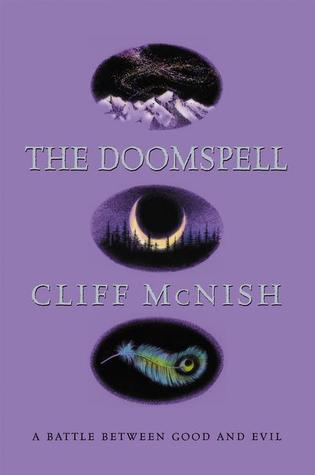 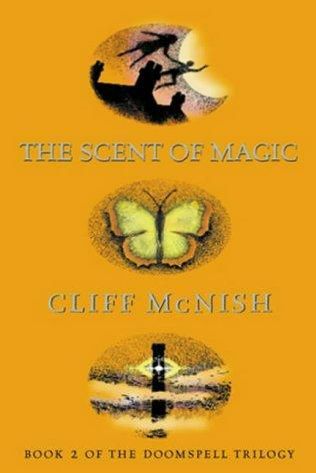 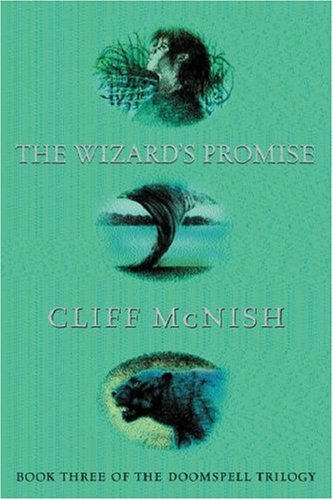 Title: The Doomspell Trilogy
Author: Cliff Mcnish
Series: The Doomspell (1), The Scent of Magic (2), The Wizard's Promise (3)
Rating: 4/5
Blurb: In a blaze of light, a rush of wind and a scrabble of claws, Rachel and her brother Eric are ripped through a wall and hurtled to a terrifying place. Like thousands of other children before them, they have been snatched away by the Witch. But Rachel and Eric discover they have astonishing gifts.
The Witch has meet her match, but she will stop at nothing to enslave them and slay her old adversaries, the Wizards. The fate of all children hangs in the balance. Rachel and Eric embark on a journey from which there may be no return:their extraordinary  skills and courage could save our world, or grant the witches the final triumph they have been waiting for.

My sister read this series when she was younger and said that I should read them, because she liked them and thought that I might enjoy them too. When I read the blurb I really wanted to read them because they sounded really good and they were.

The main female character Rachel was confused in the first book when she first discovered her powers and had to fight the Witches persuasion. Then as she started to develop her powers and learn how to use them better she developed as a character at the same time. Through book 2 she struggled with her powers and keeping them under control. Then through the last book she was in complete control of her powers and had developed from book 1 were she was scared to a girl who was the main leader of an army. The main male character Eric didn't really show any magic in the first couple of chapters of the first book but then he found out that his magic was special and important. He wasn't as scared as his sister and told her he wasn't scared at all because he didn't want her worrying about her to much. Then through the second book his powers started to develop a tiny bit until in the third book his powers and developed a lot. In the third book he struggled with the fact that his magic was so different to others, and he couldn't do the same things they could.

The plot developed really well through all three books as all the characters develop and start to understand things more. The excitement was all the way through the books with battles and fights happening between the characters until the final fight at the end when the most exciting bit happens.

The description of the world and every character was really great and I found it easy to picture it as I read. It was like watching a movie in my head. The parts that took place in a fantasy world contained excellent world building.

Overall I loved this series and would recommend that you read them because they were well written and had a great plot.
Posted by Ann Stone at 17:59