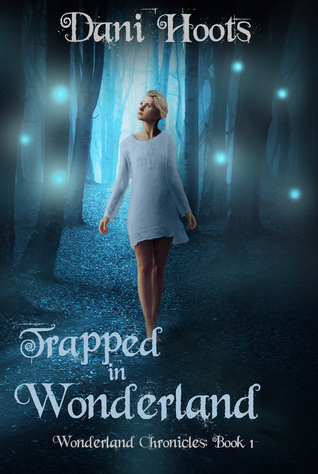 Release Date: 1st February 2017, Genre: YA Fantasy
Blurb: Meredith Alice Hughes has found herself falling through a portal and into Wonderland. There, she finds some of her classmates, who are actually fictional characters from Lewis Carroll’s “Alice’s Adventures in Wonderland”, and they use a potion to make her forget everything. Everything would have been fine, that is, until the White Rabbit tries to murder her and she finds herself in Wonderland once more. Apparently, according to a prophecy, Alice is the only one who can save Wonderland from the Cirque de Rêves, a group that is trying to destroy and takeover the world. Little does Alice know that not only is Wonderland in danger, but her home world as well, because all the citizens in Wonderland represent the dreams of every living human in the real world, and when they start to disappear, so does the hope of every living thing. Will Alice believe in herself enough to defeat the Cirque de Rêves? Or will she fall victim to the dark thoughts that reside in her heart?

I love retellings and perhaps my favourite kind are Alice in Wonderland stories. Wonderland is such a weird and diverse world - stories set there end up being just as unique. In Trapped in Wonderland we follow the main character Alice, who finds herself unexpectedly taken to Wonderland where the Kingdom of Dreams has been taken over by Morpheus. Dani Hoots very cleverly created a new kingdom all her own within the Wonderland world. So whilst the weird, creepiness of Wonderland remains - we are also learning about a new kingdom with a new King and Queen that look like being interesting characters in the future.

We do, however, get some of the old characters (the Cheshire Cat, the Mad Hatter etc.) although they seem very different in this story. My personal favourite was Chase (the Cheshire Cat) who was a bit of a trickster but clearly had more depth to him that I am excited to see developed in future books. Malcolm was perhaps the most mysterious of the characters. There is plenty hinted at but not revealed and I am interested to learn more about him as the series progresses.

I wasn't a huge fan of the romance angle but I did like the focus on friendship. Alice had a longtime friend - Kate - and I liked the glimpses of their relationship that we saw. She also had a developing friendship with all of the boys as they had to trust and rely on each other to survive and defeat Morpheus. The story itself was very action packed with events moving very fast. This made for a very page-turning read although there were still moments to pause and take in the beauty of the world.

This is one of those Young Adult books that I know will appeal most to teenagers - there were pop culture references that went a little over my head but would make sense to teens and wherever I found I wanted to shake Alice I know that my sister would be cheering her on! I would say that Alice went very quickly from helpless to kick-ass (she learned sword fighting in one day) which kept the plot moving but seemed unrealistic.

Overall this is a promising start to a new series. I liked the world Dani Hoots has created whilst also paying tribute to one of my favourite fictional worlds in a fitting way and I think there is a lot of scope for the characters to develop as the series continues. It's definitely a series that I will be wanting to finish and I can't wait to see what Alice does next!

Dani Hoots is a science fiction, fantasy, romance, and young adult author who loves anything with a story. She has a B.S. in Anthropology, a Masters of Urban and Environmental Planning, and is currently in the Your Novel Year Program through Arizona State University.
Currently she is working on a YA urban fantasy series called Daughter of Hades, a historic fantasy vampire series called A World of Vampires, and a YA sci-fi series called Sanshlian Series.
Her hobbies include reading, watching anime, cooking, studying different languages, wire walking, tinkering with her violin and concertina, and volunteering at the library. She lives in Seattle with her husband and two cats.

You can also find us on Goodreads (Ann and Clare) to keep up with what we are reading.
Posted by Dual Reads at 14:16