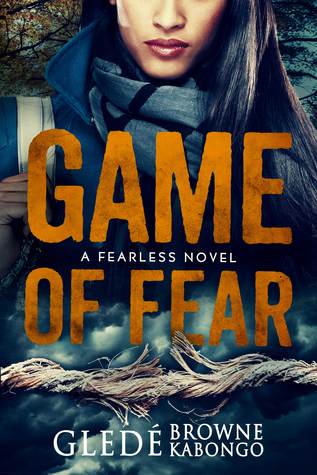 
Academic overachiever and popular good girl Abbie Cooper is used to being in control, and strives to keep it that way. As senior year at her elite New England private school kicks off, she’s focused on one goal: getting into the Ivy League. But even good girls have dark secrets. One morning, Abbie discovers a cryptic note in her locker, ("I know what you did, hypocrite! Justice will be served, The Avenger.") Then a photo arrives in the mail. It captures in great detail the explosive secret she’s kept hidden from everyone—the shocking blunder that could get her expelled from Saint Matthews Academy, and keep her out of the Ivy League for good.
Determined to protect her future and the people she loves, Abbie is drawn into a diabolical game of blackmail, cyber spying, and deception. For $50,000, the mystery girl known as The Avenger assures Abbie that her secret will remain safe. There’s only one problem: The Avenger may not exist at all. So who’s stalking Abbie with anonymous text messages that disappear after they’ve been read? Who’s out to ruin her and why? To uncover the horrifying truth, Abbie must play the game, all the way to its stunning conclusion.

I loved the sound of this book from the blurb, this is probably because it sounded a lot like Pretty Little Liars which is a TV series which I really enjoy and so I was very excited to read a book that was similar to it. I only realised after I finished reading it that it was a kind of sequel to one of the other books written by the author.

I loved the plot of this book, because I found that I had my suspicions about who was The Avenger but I was not 100% sure who it was until the end of the book. The mystery was excellently done and there were a lot of subtle hints as to the identity of The Avenger throughout the book. However it was annoying to me that the main character kept on accusing a girl that it was obvious it could not possible be, this was one of the only things that annoyed me about this book.

Although this book was set in a school, and I am currently at secondary school, I found it very hard to picture the school, but I did have a rough idea of what it looked like. This is probably because the school sounded so different to any schools that I have been to so I couldn't imagine it. Although I did like the sound of the school, and I have always loved the idea of having lockers because it would mean you have to carry less books in your bag.

Overall I did enjoy this book and I would recommend that you read it if you like mystery books or you are like me and love Pretty Little Liars because it was very similar! However I do think that you should read Swan Deception first as I think that it would give you a bit more of a back story into the characters and the main characters family.

Clare also reviewed this and you can find her review here.

You can also find us on Goodreads (Ann and Clare) to keep up with what we are reading
Posted by Ann Stone at 00:02