Clare Reviews: The Language of Flowers by Vanessa Diffenbaugh 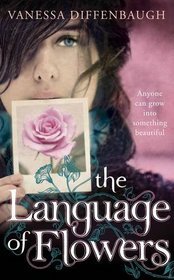 Blurb: The Victorian language of flowers was used to convey romantic expressions: honeysuckle for devotion, asters for patience, and red roses for love. But for Victoria Jones, it’s been more useful in communicating grief, mistrust, and solitude. After a childhood spent in the foster-care system, she is unable to get close to anybody, and her only connection to the world is through flowers and their meanings.


Now eighteen and emancipated from the system, Victoria has nowhere to go and sleeps in a public park, where she plants a small garden of her own. Soon a local florist discovers her talents, and Victoria realizes she has a gift for helping others through the flowers she chooses for them. But a mysterious vendor at the flower market has her questioning what’s been missing in her life, and when she’s forced to confront a painful secret from her past, she must decide whether it’s worth risking everything for a second chance at happiness.

"For eight years I dreamed of fire. Trees ignited as I passed them; oceans burned"

It has always fascinated me that people can send hidden messages through flowers. That one bouquet of flowers can say "I forgive you" or "you mean everything to me" so when I saw this in my favourite bargain book shop it was almost an automatic purchase. And then it sat on my shelf for years getting entirely neglected. I am kind of glad I waited though. I think I can appreciate this story a lot more now than I ever could have as a teenager, I will never know what it's like to be a foster child and, thank god, I have a family who love me. But that doesn't mean I didn't sometimes relate to Victoria.

Victoria is one of my new favourite characters. She was difficult and prickly and I loved her for it. Victoria spent the majority of this book, and of her life, not believing in herself at all. She believed she only brought pain to those around her so she separated herself from them before she could, or before they could pull away from her. All the characters in this book felt incredibly real to me, they were all unique and interesting and none of them were good or bad they just were. Of the side characters Elizabeth was probably my favourite. She had such an importance in Victoria's life and I loved that she wasn't perfect, and she didn't always do the right thing but she did always love Victoria.

The book was written half in the past when Victoria (aged 10) was living with Elizabeth and half in the present when grown up eighteen year old Victoria has been emancipated and is working and living alone. I have read books where this split seemed unnecessary and jarring but here the two parts came together so perfectly. Things in the past were revealed at the same point they became relevant in the present and I never felt confused or jolted out of the story.

I really enjoyed the plot of this story, I thought there were a few things that became obvious before Victoria realised them, but I loved the build up to the event from Victoria's past because I was on the edge of my seat to find out what had happened. There was this tension in the story the whole way through. We know from the first chapter that Victoria is in a group home when she is emancipated. Which means she cant have had a happy ending with Elizabeth. I spent all the past chapters half heartbroken by every happy moment and half tense waiting for whatever was coming. The present day story was no less interesting or emotionally turbulent although I did have more hope when it came to thinking about Victoria's future.

The ending was very unconventional and it was almost a beginning-ending but I really loved it. It felt realistic to the story as a whole and to Victoria's character. And there was resolution enough that, though I am still thinking about this story, I do feel satisfied by the ending. This is not my usual sort of read, so I'm really not sure who to recommend this to. But if you love books about flawed, very damaged characters and a story line that will make you smile and bring you nearly to tears, then this is probably a great book for you.