Really excited to be taking part in the blog tour for The Disciple by Stephen Lloyd Jones which was published by Headline on the 6th October.

Recurring themes in my fiction – although theme isn’t something I consider consciously at the start of a new book, I often see similar patterns emerging. Hannah Wilde, the protagonist of my 2013 novel, The String Diaries, is a young woman on the run from a man who’s killed the last three generations of her family. Aware of the threat thanks to a clutch of diaries she’s inherited, Hannah accepts that if her husband and young daughter are to survive, she’ll likely be forced to trade her life.
It’s a sacrifice she’s perfectly willing to make.
The theme of sacrifice is central to The String Diaries, framing not just Hannah’s story but also the story of its many supporting characters. I didn’t choose that theme consciously, however; it emerged organically, as the characters’ motivations came to light.
My next book, Written in the Blood, dealt with the same theme (perhaps not surprisingly, as it was a direct sequel). The story follows Hannah’s daughter, fifteen years later. Yet while in The String Diaries, the mother prepares to sacrifice herself for the family she loves, in Written in the Blood the daughter’s sacrifice is more nebulous, perhaps even more noble: Leah Wilde is prepared to trade her life for an idea.
This month, Headline publishes The Disciple, my third novel. In it, Edward Schwinn is returning home one winter evening when he happens across a five-vehicle pile-up. Investigating the wreckage, he discovers the sole survivor: a woman, heavily pregnant, whose impact on his life will be profound.
When I wrote The Disciple’s first scene, I had no idea how the story would end, or the twists and turns it would take; but as I grew to know Edward Schwinn and the characters he meets, the same theme began to emerge: people prepared to make enormous sacrifices, whether for love, revenge or a simple philosophy.
Will other themes emerge in my writing over time? I’m sure they will. The Disciple doesn’t concern itself exclusively with self-sacrifice, after all: it’s also a tale of redemption. But time and again, the theme to which I find myself returning is one that’s fascinated me since I first read Dickens’s A Tale of Two Cities.
Sydney Carton’s sacrifice, at the end of that novel, results in one of the most powerful scenes in literature, and gives us one of the author’s most enduring quotes: ‘It is a far better thing that I do, than I have ever done; it is a far, far better rest that I go to than I have ever known.’
Years after first reading it, I’m still seeing its influence in my own work. 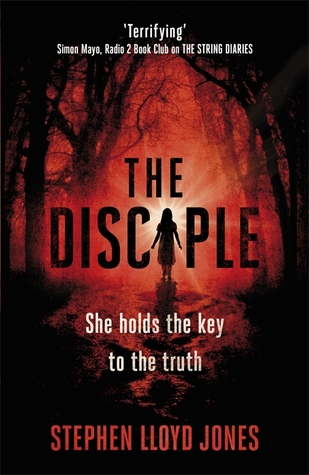 They are coming...
On a storm-battered road at the edge of the Devil's Kitchen, a woman survives a fatal accident and gives birth to a girl who should never have lived.
The child's protection lies in the hands of Edward Schwinn - a loner who must draw himself out of darkness to keep her safe - and her arrival will trigger a chain of terrifying events that no one can explain.
She is a child like no other, being hunted by an evil beyond measure.
For if the potential within her is realised, nothing will be the same. Not for Edward. Not for any who live to see it.

Don't forget to check out the other stops on the blog tour!