Clare Reviews: What Goes Around by Julie Corbin 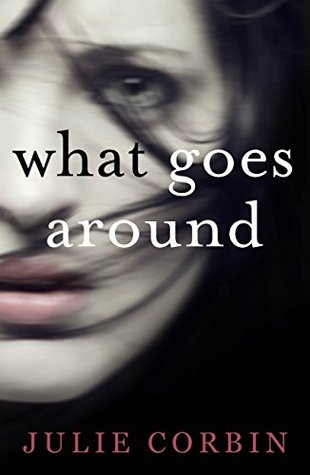 Title: What Goes Around
Author: Julie Corbin
Source: Received from the publisher for an honest review
Format: Paperback
Pages: 323
Rating: 4/5
Blurb: Two women, two secrets, one murder...
What Goes Around is the story of two women - Ellen and Leila. Ellen is the ex-wife and Leila is the new woman, living in Ellen's house, sleeping with Ellen's husband. Each woman has her own secrets to keep. Leila's brother is back in her life and is determined to rake up their past while Ellen is out for revenge. She wants her home back and she wants Leila to pay for breaking up her marriage. Her plan will make her do things she never thought herself capable of - but it will also put her in danger. Because Ellen has no idea what sort of a woman Leila is and when she finally finds out, it could already be too late...One of the women will end up dead. But which one?


I wasn't entirely prepared for this story by the blurb. Which is, I think, a good thing. Thrillers should be surprising and unexpected. And the characters in this were definitely not who I expected them to be.

From the start I preferred Ellen to Leila. It's hard not to. Ellen is the more sympathetic of the two and with her devotion to her family, her sense of humour and her loyalty  and all her vulnerabilities I just wanted to hug her and make everything OK. So I found it pretty easy to get on board with her "revenge" plan. Mildly disapproving sure, but whatever makes her happy. Leila, on the other hand, comes across as cold and manipulative and at times downright terrifying. However by the end of the book I was wildly in love with her character.

First of all, apart from the initial surprise of the characters I wasn't hugely surprised by the revelations in this book. There were some that really took me aback but the "biggest" plot twist was one I saw coming from fairly early on. Although it definitely didn't detract too much from the shock I felt at the reveal. Ellen was a fairly straight forward character. She is a comfortable character to view the story from because, despite her OCD and her anger, she is so very normal and human and relatable to any reader. In the midst of the madness and destruction and pain that is Leila's story - Ellen is a safe space.

And I think it was really clever of the author to write them like that. We switch viewpoints between the two of them and they were definitely very distinctive. If you took away the indicators at the beginning of each chapter you'd still be able to tell who was speaking simply by the way they viewed the world and their actions.

The "revenge" of the blurb doesn't play as large a part as I expected which I am actually fairly happy about. Me being me I spent much of the book wishing Ellen and Leila could become friends, they were so different but they could have helped each other so much. So I'm glad that they even developed some level of respect and understanding of each other. Some measure. Definitely never became best friends.

I can't speak too much about the true antagonist of the story without spoilers but they were creepy as heck in that very skin-crawly way. From the moment they first appeared on page they just made me so uncomfortable. But in the best possible super-engaged-in-the-story kind of way.

What Goes Around wasn't as twisty or as surprising as I wanted it to be but I was surprised by the depth of my attachment to the two main characters and I was thoroughly engaged in the story-line. I'm definitely excited to read more from Julie Corbin and do highly recommend this!

Trigger Warnings between brackets:
(mental health, domestic abuse, animal cruelty, incest, rape - Note; these were fairly well handled but still very impactful so definitely be wary if these are triggers for you.)