Guest Post: So You've Been Bitten By a Werewolf - What Now? by Andrew Buckley

I am excited to welcome Andrew Buckley to the blog, his new book Hair in All the Wrong Places is being released June 7th and I am looking forward to reading it soon! 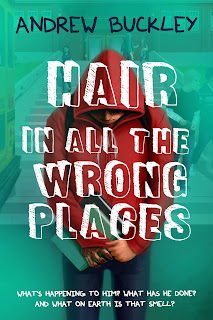 So You’ve Been Bitten By a Werewolf - What Now?

Oh no! I’m so sorry! It happened! How did it happen? Were you wandering around in the dark on a remote farm on the outskirts of town? I’ve told you time and time again about how bad of an idea your late night farm-wandering was, but noooooooo, you didn’t listen. And now look at you!

Well, what’s done is done. Might as well deal with the here and now. So you’ve been bitten by a werewolf, what now?

You’re going to notice changes. And we’re not talking the types of changes that always occur when you’re 12-15 years old. Those are normal. These ones will be anything but. You’ll grow hair, lots and lots of hair, particularly around a full moon. You may want to consider investing in a really good shaving kit.

You’ll also want to eat people. You’ll want to try and curb this particular urge as it’s generally considered rude. If you’re sitting having a coffee with a friend and then your friend’s arm begins to look tasty and moments later you come to your senses because your friend is shouting at you for nibbling on his arm, it might be a good idea to have a list of excuses at the ready. Something along the lines of “I’m sorry, I thought your arm was a well-cooked steak,” or “I thought I just saw a nasty-looking snake bite you and I was attempting to suck out the poison.”

Another popular route to go is to express complete ignorance. When confronted with a recent arm-biting, simply deny everything. Something like this:

Friend: You bit my arm!
You: No I didn’t.
Friend: You did! You literally bit me!
You: Not true (shake your head innocently for effect)
Friend: These are your bite marks in my arm!
You: That proves nothing.
Friend: I watched you do it!
You: No one likes a liar. (then punch your friend playfully on the arm)

Work might also become a little more difficult. Maybe consider a career where you don’t have as much interaction with the general public as, sooner or later, you’ll get that urge to eat someone. Maybe consider a career at a nature reserve where your monthly hobby of stripping naked, turning into a large hairy beast, and running through the forest will be less likely to be frowned upon. Or move to Germany where such things are more acceptable.

Learn more about how to manage your recent ‘life changes’ by reading “HAIR IN ALL THE WRONG PLACES” by Andrew Buckley, and learn to curb the animal inside.

Now, put that person’s arm down, and go about your business . . . 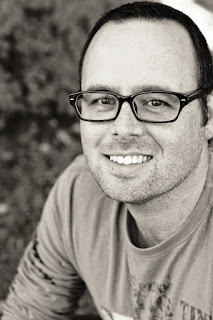 Andrew Buckley attended the Vancouver Film School’s Writing for Film and Television program. After pitching and developing several screenplay projects for film and television, he worked in marketing and public relations, before becoming a professional copy and content writer. During this time Andrew began writing his first adult novel, DEATH, THE DEVIL AND THE GOLDFISH, followed closely by his second novel, STILTSKIN. He also writes a spy thriller series under the pen name ‘Jane D Everly’.

Andrew also co-hosts a geek movie podcast, is working on several new novels, and has a stunning amount of other ideas. He now lives happily in the Okanagan Valley, BC with three kids, one cat, one needy dog, one beautiful wife, and a multitude of characters that live comfortably inside of his mind.

Andrew is represented by Mark Gottlieb at the Trident Media Group.