Friday Reads and The Friday 56 on 7th August

I am currently reading The Essence by Kimberly Derting which I haven't really gotten into yet, but I haven't had much time to read so maybe once I really start to read it I will enjoy it more. Probably going to read The Offering by Kimberly Derting although I don't have very high hopes for it at the moment, however I am optimistic and hoping I might enjoy it more than the first book. I am also hoping to get to page 106 of Anne of Green Gables this weekend.

I am currently reading The Captain's Daughter by Leah Fleming, I am only 23 pages through so far so I can't really say whether I am going to enjoy it or not (It's 565 pages in total!) but I am liking the descriptions of the Titanic so far. I may not have time this weekend to read anything else as I may be driving to pick my brother up from Uni, but if I do find time then I will be moving on to Good Behaviour by Molly Keane which I am excited to read. I am also aiming to read up to page 86 of Twenty Thousand Leagues Under the Sea by Jules Verne. I am progressing through this really slowly and I know it's only a short book but there is so much science! I don't like science at the best of times let alone in a classic. But I am enjoying the adventure side so I just have to power through!

Friday 56 is hosted by Freda's Voice. The idea is to grab a book, turn to page 56 (or 56% in an e-reader and find any sentence (no spoilers) and then post it. This week we are both posting a Friday 56 from the classics we are reading.

Ann:
"During Marilla's speech a sunrise had been dawning on Anne's face." 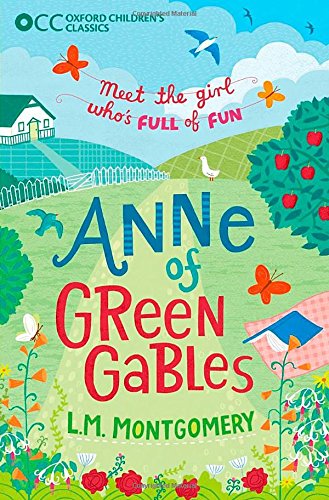 Comments; I really like this sentence because it is very well described and I can picture it.
Blurb: As soon as Anne Shirley arrived at the snug, white farmhouse called Green Gables, she knew she wanted to stay forever... but would the Cuthberts send her back to the orphanage? Anne knows she's not what they expected - a skinny girl with decidedly red hair and a temper to match. If only she could convince them to let her stay, she'd try very hard not to keep rushing headlong into scrapes or blurt out the very first thing she had to say. Anne was not like anybody else, everyone at Green Gables agreed; she was special - a girl with an enormous imagination. This orphan girl dreamed of the day when she could call herself Anne of Green Gables.

Clare:
"The portion of the terrestrial globe which is covered by water is estimated at upwards of eighty millions of acres. This fluid mass comprises two billions two hundred and fifty millions of cubic miles forming a spherical body of a diameter of sixty leagues, the weight of which would be three quintillions of tons." 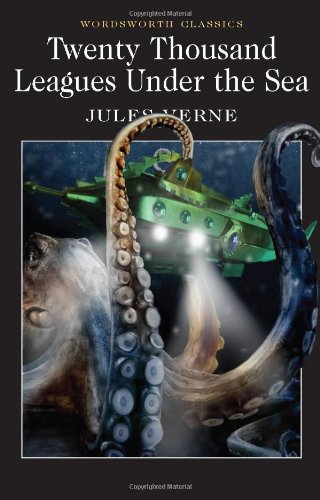 Comments: So. Much. Science. This sentence (or two) is basically saying "the ocean is really, really big guys". But with way more maths and science. I would have liked to have found one of the exciting sentences instead but the last two chapters have just been scientific descriptions of the boat.
Blurb: Professor Aronnax, his faithful servant, Conseil, and the Canadian harpooner, Ned Land, begin an extremely hazardous voyage to rid the seas of a little-known and terrifying sea monster. However, the 'monster' turns out to be the giant submarine, Nautilus, commanded by the mysterious Captain Nemo, by whom they are soon held captive.